In the UK, the average household will produce more than a tonne of waste every year, equating to a total of 31 million tonnes of rubbish. Much of this refuse will end up in landfill sites.

Considered one of the most efficient systems for waste disposal, there are currently over 500 landfill sites across the UK. However, the locations of many landfills might not be apparent to those living nearby, nor is the potential risk of toxic waste ending up in the ground or water courses.

In 1990, the Environmental Protection Act introduced regulations for licensing the disposal of waste and in 1996, the UK government passed new legislation to impose a tax on certain types of waste. The purpose was to decrease the quantity of rubbish at landfill sites and minimise the impact refuse was having on the environment, including toxic waste. 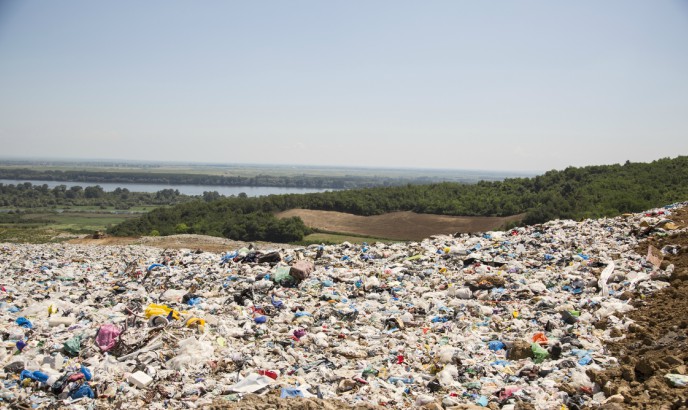 In the past, landfill sites were not tightly regulated and there was little consideration for how the construction of such sites would affect the surrounding area, or indeed how the release of hazardous and toxic materials might be prevented from entering the ground. Today there are approximately 200,000 former landfill sites across the UK – many of which are now causing issues with exposed plastic and leaking waste as the ground corrodes around them. Much of the issue is due to the original construction methods used and the lack of understanding of the future effects that buried landfill will have on the environment.

As household and commercial disposal has increased, the process of how landfill sites is managed has become extremely thorough with meticulous recordkeeping for the types and quantities of waste being disposed of. Careful consideration has also been applied to preventing hazardous waste and toxins produced by rotting waste from leaching into the ground.

Key to this prevention is how landfill sites are constructed. For the last 30 years, geomembranes have been used as liners in landfill to help protect the groundwater and surrounding soil. Geomembranes can also be used as caps to cover waste and prevent odour emissions and evaporation of harmful gases into the atmosphere.

Depending on the type of waste, the majority of modern landfills are usually constructed by using a layer of compacted clay of at least one metre thick, which is then lined with a high-density polyethylene geomembrane. Gravel is then layered over the top of this, which helps to catch liquids released by waste as it degrades. An additional geomembrane layer is then placed over the top of the gravel with a further layer of soil on top.

Prior to HDPE, PVC was more widely used for lining landfills. However, the chemical resistance qualities, strength, flexibility and weather resistance of HDPE make it an idealmaterial for use in landfill situations. Additionally, it can be easily thermally-welded making seams more resilient than PVC, which has a tendency to peel apart.

One such product being used by groundworks specialist, Scott Parnell, is its gas barrier.  It's a multi-layered, low density polyethylene membrane, with reinforced gridding containing an integral aluminium foil, specifically designed and manufactured to perform as a robust solution to protect from vapours such as methane, carbon dioxide, radon, and VOC/hydrocarbon from leaking into the ground and atmosphere.

Gas barrier can be used in a variety of applications and situations to protect the ground from hazardous, harmful and toxic gases.

The future of landfill

As the population grows and fewer landfill sites become available, there is still much research to be done into how waste disposal will be addressed in the future. One study suggests that landfills could provide the energy of the future and be used for raw materials. Until then, ensuring the environment is protected is the highest priority.

About the author: Wendi O'Toole is Head of Operations at Scott Parnell Water Management. A division of Scott Parnell Ltd, it specialises in the supply of stormwater lining solution systems for attenuation, pond lining, and reed beds as well as gas barrier for groundworks and civil engineering customers across the UK. Independently owned and run, Scott Parnell Ltd has five offices across England and Wales with a team of highly experienced staff offering expert advice to customers. Scott Parnell prides itself on its innovative and pioneering approach to delivering high quality products from a variety of manufacturers – not just market leaders.

To speak to one of our specialists at Scott Parnell Water Management, please call 01908 310453.