Cleaning up: how artificial reed beds are helping to solve unsavoury sewage side effects

In 1858 the Great Stink wreaked havoc across central London when a combination of hot weather, untreated human waste and industrial effluent combined to cause a stench so pungent it prompted authorities to take action.

For years, sewage had been emptied directly into the River Thames causing the transmission of many contagious diseases and outbreaks of cholera. Infrastructure of London's sewer system had to drastically change. The civil engineer, Joseph Bazalgette, put forward his proposal and became responsible for creating a series of interconnecting sewers and pumping stations that are still in use today.

With commercial and residential building on the rise and the population growing rapidly, these once cutting-edge Victorian designs are coming under immense strain. Failing equipment, and a rise in the use of disposable cloths, is causing a build-up of large solids, hairs and fibres, which in turn is causing a direct impact on the water treatment process. 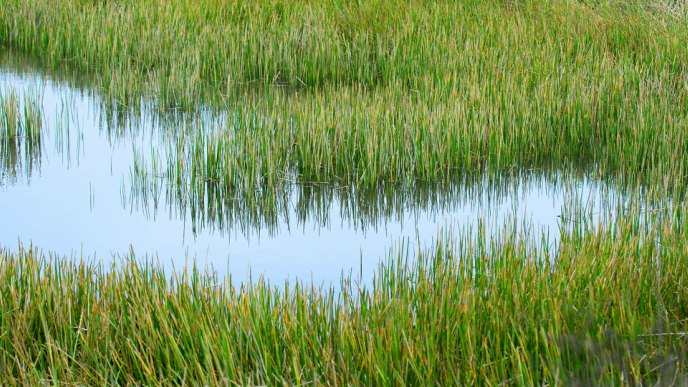 These faulty sewers and treatment systems are resulting in pollution and nasty odours, causing negative effects on the environment, contaminating water sources and harming wildlife. The Environment Agency revealed that in 2017 water companies reported 52 separate serious pollution incidents - the equivalent of one per week. Ten of the most serious (category 1) were associated with waste water.

It's clear that water companies have an obligation to ensure that everything is being done to prevent pollution, and, as construction output in the UK continues to grow, developers and contractors need to be conscientiously adopting methods that will help support these efforts.

One environmentally friendly method of water treatment that has been growing in popularity in recent years is the installation of reed beds. Studies have shown that a reed bed may support over 700 invertebrate species and home mammals such as water shrews.

These aquatic plant based systems work to digest organic matter in effluent. According to the Environment Agency's 'Pollution Prevention Guidelines', reed beds can be used to improve the quality of effluent discharges from septic tanks, a settlement tank or package sewage treatment plants.

"Reed beds work to enhance the level of treatment before water is discharged or drained elsewhere, such as a watercourse. In some cases, a reed bed is a legal requirement so it is important to ensure that you establish if this is a necessity first. There are certain sites where reed beds will be invaluable, such as those with poor drainage."

There are two types of basic reed bed – vertical flow and horizontal flow – which work to break down pollutants using oxygen. Installing two vertical flows, one functioning and one resting, would enable you to swap one for the other on a regular basis to prevent blockages and aid maintenance. These are usually installed to treat septic tank effluent and are able to handle stronger strength effluent than horizontal flow reed beds.

A horizontal reed bed would follow a vertical one, operating without oxygen. It turns nitrates to nitrogen gas, helping to limit nitrate. Typically they would be used to help aid a package sewage treatment plant and the treatment of discharge.

"Reed beds are usually constructed over an impermeable base membrane – such as ProFlex - and the reeds planted in a mix of soil and gravel. Once set up, reed beds are relatively straightforward to maintain."

If well planned, reed beds can not only support biodiversity but help to solve pollution problems and support sewage system performance.

Scott Parnell specialises in the supply of groundworks and civil engineering products and services to customers across the UK. Independently owned and run, the company has five offices across the south of England and Wales with a team of highly experienced staff offering expert advice to customers. Scott Parnell prides itself on its innovative and pioneering approach to delivering high quality products from a variety of manufacturers – not just market leaders.

To speak to one of our specialists at Scott Parnell Water Management, please call 01908 310453.